Read This Before Drinking Your Next Soda Pop

“I’ll have a cola”. The most popular dark soda in my house has 23 flavors and is a Doctor. I even like the diet version, especially served cold in a full glass of ice! 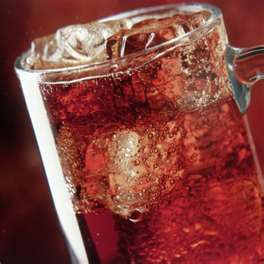 Most dark soda’s have “caramel coloring” added to them to make them a pleasing, dark color that we are all used to seeing. Caramel is traditionally just sugar and cream or condensed milk, slow cooked until it turns into a syrup with a thicker and darker look. And it is quite delicious!
However the caramel coloring put in dark soda’s are made by reacting sugars with ammonia and sulfites under high pressure and temperatures. This results in the formation of 2-methylimidazole and 4 methylimidazole, which in government-conducted studies have caused lung, liver, or thyroid cancer or leukemia in laboratory mice or rats.

Apparently levels above 16 micrograms per day pose a significant risk. A can of cola contains 130 micrograms.

All of this so that your soda can be a pleasing dark color. It’s a cosmetic additive. And it’s a carcinogen.

California has added caramel coloring to its list of “chemicals known to the state to cause cancer”. The Center for Science in the Public Interest (CSPI), a consumer watchdog group has filed a regulatory petition asking the Food & Drug Administration (FDA) to give caramel colorings made with ammonia the boot.

If that isn’t enough to deter you from that soda, consider this: Most soda’s average 35-40 grams of sugar per 12 oz can. New studies again point to sugar as a major culprit for health problems such as obesity, diabetes, heart problems and even gout. Sugar is the Trojan Horse of weight gain and other health problems.

Most American’s consume between 88 and 120 grams of added sugar per day. That’s 22-30 teaspoons of sugar, which equals 350-475 empty calories per day. If a pound equals 3500 calories, just think how much weight its tied to soda pop alone!

The recommended added sugar intake per day is 25-38 grams.

I would imagine the recommended carcinogen intake is close to zero. Or at least it should be. 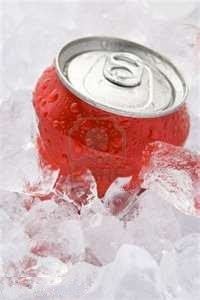 Loyalty earnings on every purchase!

Get discounts on setting up Auto-ship!